PRAYAGRAJ: Students and their parents, who have appeared for exams of class XII and X from Central Board of Secondary Education (CBSE), were taken for a ride on Thursday afternoon when the WhatsApp group of several teachers students and parents received a letter stating that the results of class XII and X of CBSE board would be declared on July 11 and 13, respectively.

The letter, which was later declared as fake by the CBSE authorities, was bearing the fake signature of secretary CBSE, Anurag Tripathi. The fake letter mentioned that the board would announce the result of class 12th by 4 pm latest on July 11 and that of class 10 latest by 4 pm on July 13. The letter also mentioned the website where the results can be check their results.

Surprisingly, the letter quickly started making rounds on the WhatsApp group of not only students but even on teachers group, teaching in schools affiliated to CBSE. 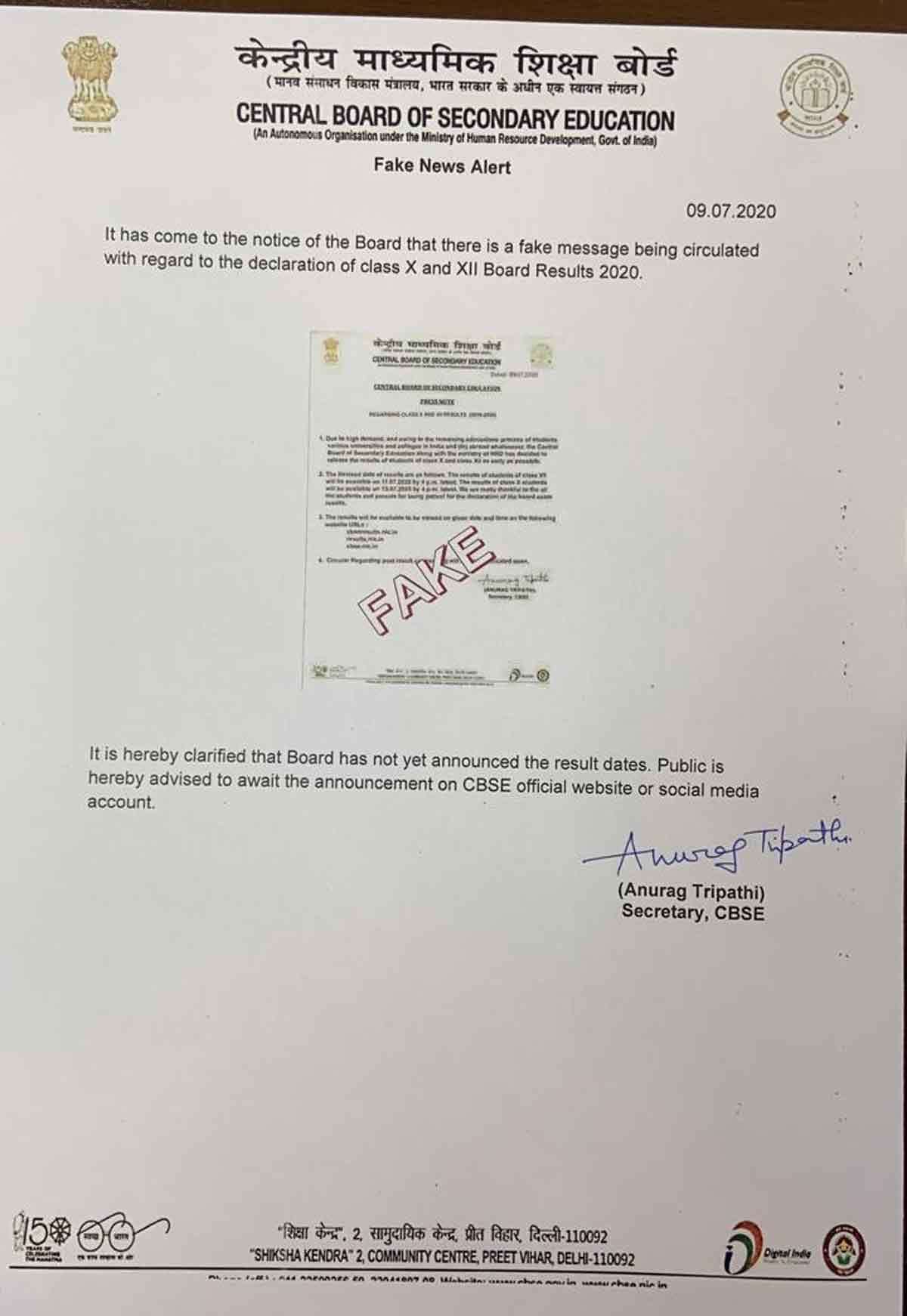 However, CBSE on its part was also quick enough to announce that this letter was a fake one.

A letter, signed by the secretary CBSE was issued by the board with the heading ‘fake news alert’. The letter mentioned, ‘it has come to the notice of the board that there is a fake message being circulated with regard to declaration of class X and XII board result 2020. It is hereby clarified that board has not yet announced the result dates and public is hereby advice to await for the announcement on CBSE official website or social media account’.

Regional officer (RO) of CBSE, Prayagraj, Sweta Arora said, “we have already said it on our website that the letter was fake and parents and students should be very alert with such news, we are in the final process of preparing the results which would be announced before July 15”.